After an intensive year and a half spent preparing for an upcoming exhibit, I suddenly find myself with time to sit. Be still. And take stock.

So I've been visiting with old friends, my constant companions in the studio. And with the luxury of time, I've been thinking about how these friendships have sustained me. When I felt dejected and stuck, looking at these paintings helped get me moving again. On the days that I was flying, they seemed to wink in acknowledgment. 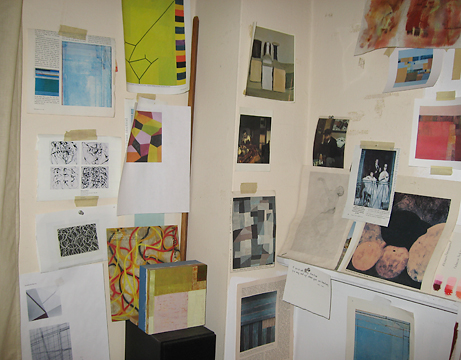 Most of these images have been hanging on the studio wall for many years, and several have been with me for decades. How's that for loyalty!  Although new cards periodically show up on the shelf, they are unlikely to dislodge old-timers from the wall. 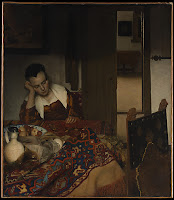 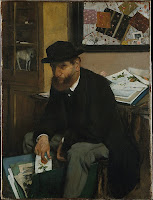 During a recent afternoon in the studio, I began thinking about why I found these particular paintings so meaningful. Several, such as those by Vermeer, Manet, and Degas, remind me of the many hours spent in the European painting galleries at the Met Museum when I was in high school and college. I've always loved the Vermeer (A Maid Asleep) because of the light pouring through from the back room, and only recently noticed how the rectangular forms on the right side of the canvas are echoed in the Morandi that hangs above it on my wall. The Manet (The Balcony) offers the exquisite whiteness of the gowns set against the cobalt green shutters. The Print Collector by Degas is filled with corners and squares overlapping squares, and that brilliant white shirt collar. 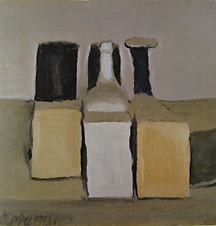 Morandi entered my life through his etchings. But his paintings have had a profound influence on me, perhaps more so than any other visual artist. I am drawn to the dialogues between the forms and his dogged pursuit of honest representation.

The paintings of Diebenkorn and Scully began showing up on my wall when my own work was still firmly planted in landscape, years before I had the slightest understanding of why I found their paintings so potent. But they waited patiently until I was ready to begin our conversations. 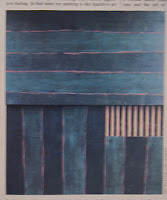 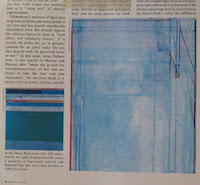 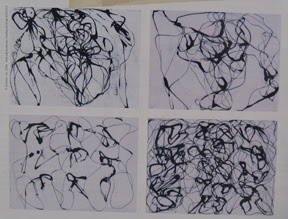 Marden's Cold Mountain paintings and etchings (After Boticelli) have their place on the wall because of the complexity and intensity of the exploration. And because the paintings prompted me to read some of the poems of Han Shan. 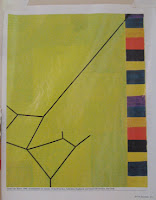 Heilmann's work is a more recent addition to my wall, and it is there to remind me to keep me playing.  Several more add to the mix:  On the wall, below the Vermeer, is a fabric applique by Sonia Delaunay, a Rodin drawing of a dancer, and a piece by Donald Sultan. 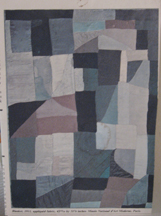 Now it's your turn.
What's hanging on your studio wall?
And what are the conversations?