With the latest installment of Bushwick's Beat Nite just a few days away (Friday, March 6) here is a preview of 3 exhibits in the area.

SCHEMA PROJECTS: Peregrinations, Constellations
through March 29        92 St. Nicholas Ave (L train to DeKalb)
This splendid group exhibit, ably curated by Jeanne Heifetz, features works on paper by 13 artists who engage in repeated mark-making-- the marks are drawn, painted, stitched, torn, stamped or typed. The resulting drawings are a reflection of extended conversations between the marks and the mark-makers. Ranging in scale from intimate to wall-size, they merit close looking to take in the richness of the surfaces and density of the marks. Whether executed through an intuitive process or one that is directed, whether the work begins with a desire for control or is a surrender to the unknown, each of these drawings offers a mesmerizing aggregation of a sequence of moments.  Images courtesy of Schema Projects.

Alex Paik & Debra Ramsay each work within the constraints of a personal and highly systematic practice. And both find that those very constraints free them to manipulate and reconfigure elements of their choosing.

DEBRA RAMSAY began her project, Landscape as Time, during a residency in upstate NY. She walked the same trail in the woods through the seasons, photographically documenting the colors at specific spots along the trail as well as recording the length of the day. Ramsay then selected data from the photographs and mixed colors using a computer application. Although relying on a rigorous, yet in many ways arbitrary system, Ramsay's decisions about how to convey this accumulated data gave rise to a body of work that is inviting, light-filled and evocative.


ALEX PAIK cites his study of classical music as in influence in how he develops his work. Much in the way a composer takes a musical motif and "it is repeated, turned upside-down, transposed, and folded upon itself," Paik selects a geometric unit and then manipulates it through repetition, changes in color and orientation, and gradually shapes the elements into a larger whole.

TRANSMITTER:   6 x 6
through March 29          1329 Willoughby Avenue #2A (L train to Jefferson)
6x6 features the work of 6 artists, each chosen by a different member of the Transmitter curatorial collective in an arbitrary but systematic manner. While the curatorial conceit may not lend itself to obvious conversations between these artists, there is however, plenty to see. Images courtesy of Transmitter.

JEFF FELD is represented with a group of small (8x10") mixed media wall pieces as well as a larger sculpture. The work has formal elements as well as a sense of play.

SANDRA ONO offers two intensely tactile sculptures-- the  draped forms of the wall piece (foil and glue) have an organic quality, while the floor piece has a dense and tarry presence. 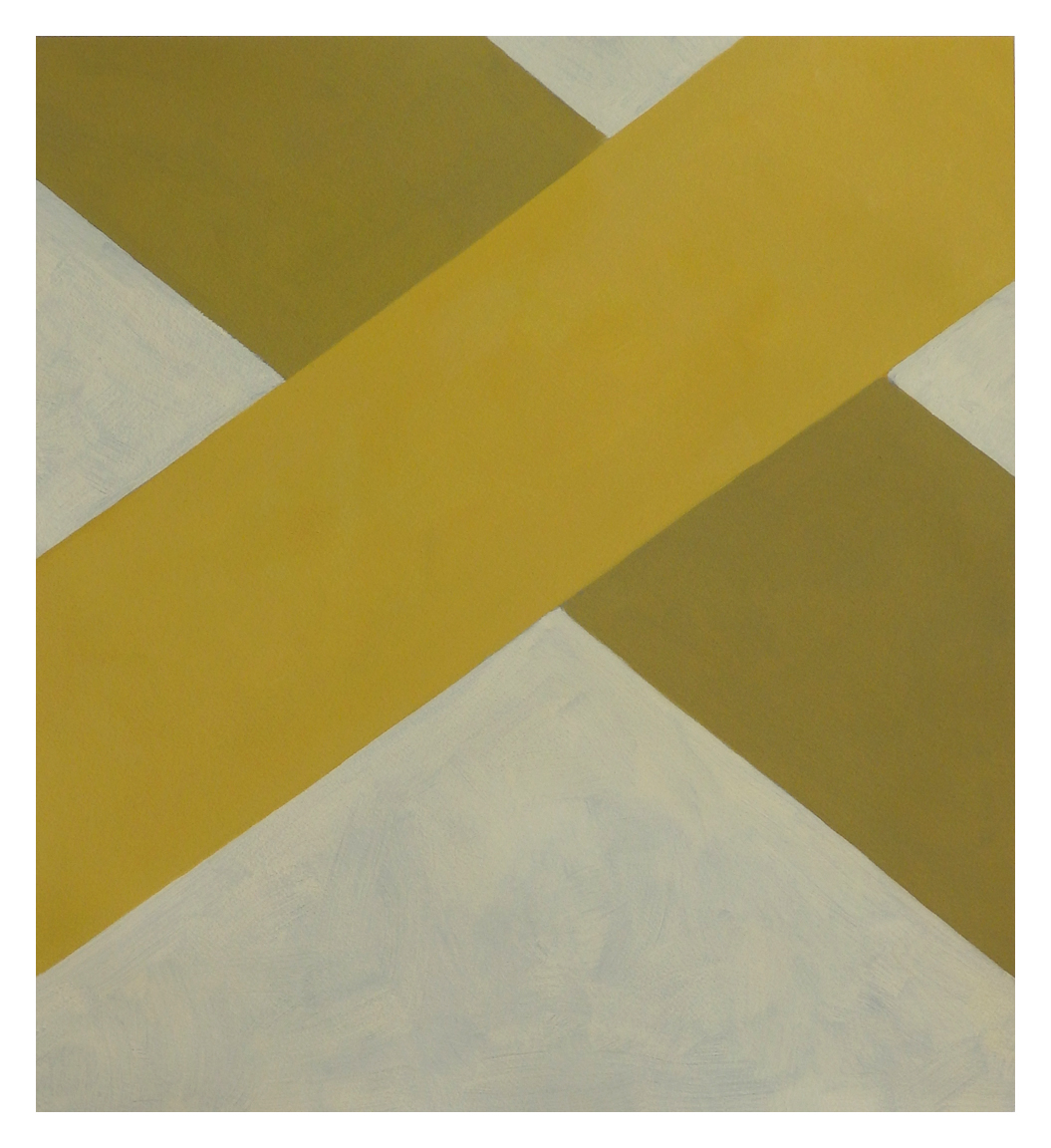